Discover the History of the Roanoke Rapids, NC Area

Roanoke Rapids is filled with history. From revolutionary declarations to textile manufacturing and from the Underground Railroad to the Civil Rights movement, Roanoke has played a major role. A visit to any of these four historic sites will help you discover the historic significance of the Roanoke Rapids area.

Roanoke Canal Museum and Trail
In an effort to open trade on the new nation’s western frontier, the Founding Fathers began setting the groundwork for the Roanoke Canal in 1812. By 1828, steamships, such as the Petersburg, were able to navigate safely from Weldon to Norfolk. Vessels were transported by tow animals, sail, and steam power. Eventually, the canal was replaced by railroad lines that were not dependent on water levels. The canal was given new life when it was repurposed to generate electricity. The city of Roanoke Rapids is a direct result of the power generated by the canal.

Historic Halifax
Halifax was a commercial and political center during the American Revolution. It was here that the “Halifax Resolves” were signed by the Fourth Provincial Congress in the spring of 1776. This document, unanimously adopted by the participants, was the first action by a colony to recommend independence from Great Britain.

Today, the site includes a visitors’ center and museum. Be sure to watch the film “Halifax: Hub of the Roanoke” for a good overview of the town’s historic importance. A self-guided walking tour takes you past many important sites, including the Underground Railroad Trail. If you time it right, you can visit on a day when they stage a costumed historical interpretation with craft demonstrations.

Roanoke Rapids Historic District
Listed in 1998, the Roanoke Rapids Historic District is a peek back into the development of the city as a center for textile manufacturing. This area includes three surviving cotton mills and four of the mill villages for workers. Here you’ll also see examples of various architectural examples including Queen Anne, colonial revival, craftsman, and more. The Historic District is mostly within the four blocks east and west of Roanoke Avenue, running from Hinson Street to West First Street.

Carolina Trailways Bus Station
Here, on Aug. 1, 1952, an African-American woman named Sarah Keys was forced to give up her seat and move to the back of the bus. Keys refused and was arrested, jailed overnight, and fined $25 for disorderly conduct. The event led to the U.S. Supreme Court case Keys v. Carolina Coach Co., which interpreted the Interstate Commerce Act as banning segregation of black passengers in buses traveling across state lines. The ruling was announced in November 1955, six days before Rosa Parks’ defiance of Jim Crow laws aboard a Montgomery bus.

Roanoke Rapids has been right in the center of some of the most important events in U.S. history. Exploring that history can be an exciting adventure. You’ll find something around every corner, gaining a new appreciation for the area.

0 comment(s) so far on Discover the History of the Roanoke Rapids, NC Area 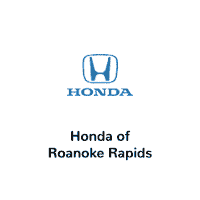